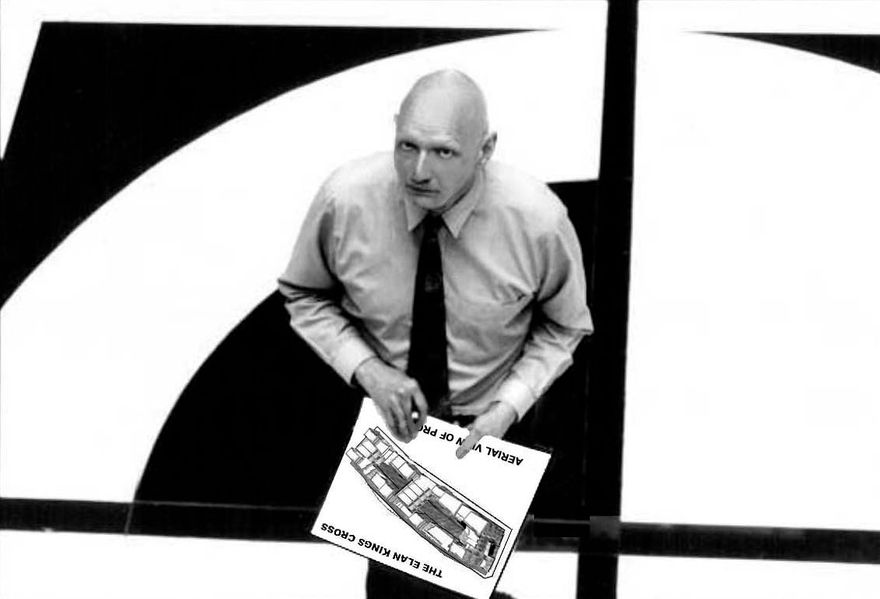 THIS IS THE HOME OF TESDORF DESIGNS

Welcome to Tesdorf Designs and Architecture.

Visit "ARCHITECTS" to refer to the "DATABASE OF ARCHITECTS, BIRTHS & DEATHS".

Visit "ARCHITECTURAL IMAGES" to see sample images of Architecture that can be ordered in high definition.

Visit "ARCHITECTS' WORKS" to see a list of Architects and their Works.

Visit below to read a Short Synopsis of "A Brief Synopsis of Architectural History in the West.".

Have a look at the Architect's Biography Section in the "FEATURED ARCHITECT" which changes periodically.

There are over 322,000 images of architecture available in total. In all over two hundred and fifty samples of low-resolution images of architecture are scattered through the pages of the Site together with video tours of historic buildings. We hope you enjoy your visit to TesdorfDesigns.com.  We are constantly updating this site with new architectural ideas and exciting information from the world of architecture and matters related to architecture, so please bookmark this page and visit us often. 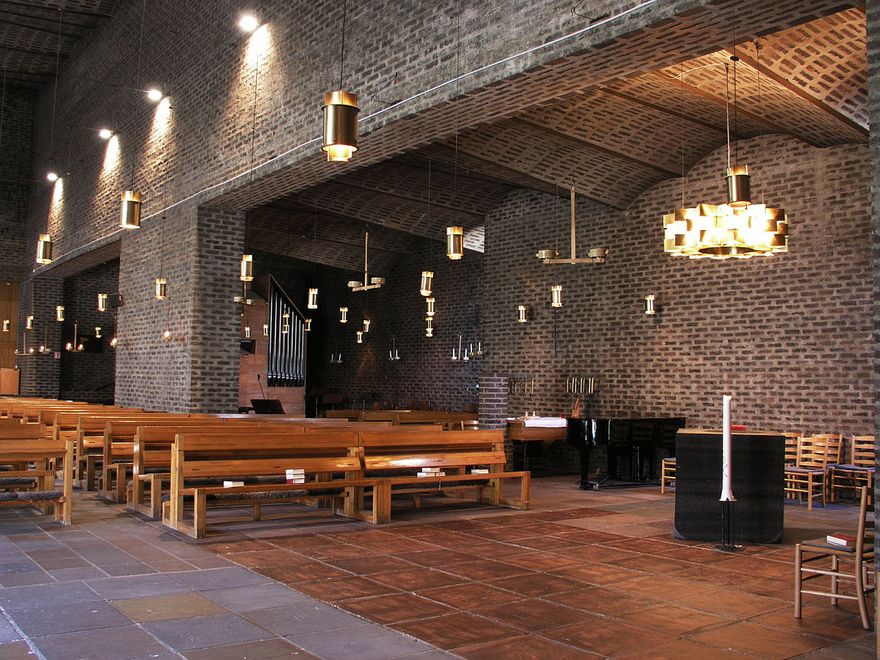 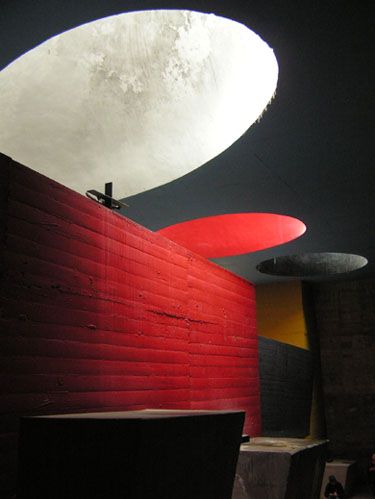 Interior Chapels of the Monastery of La Tourette by Le Corbusier, Belfort, France 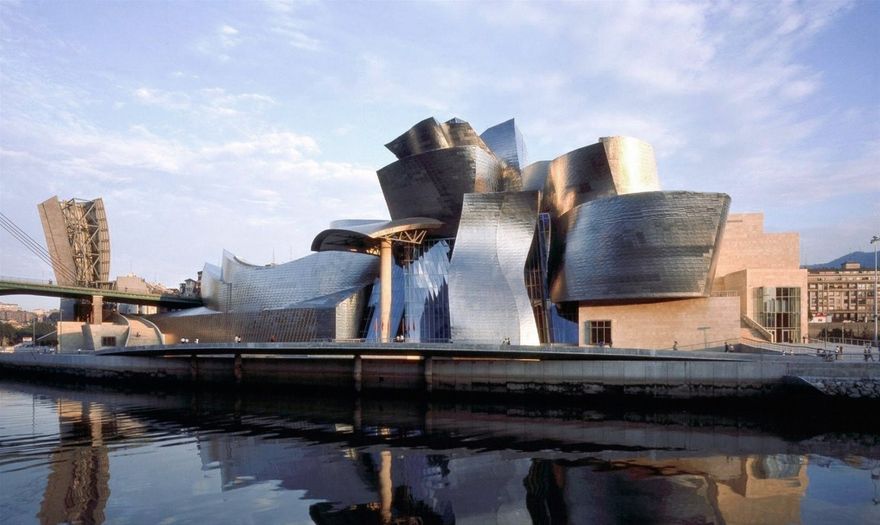 The Guggenheim Museum at Bilbao by Frank O. Gehry opened 1997.

THE HISTORY OF ARCHITECTURE IN THE WEST.

A Brief Synopsis of Architectural History in the West.

This is a very short history of architecture in the Western world, from prehistoric to modern times. The history below includes no information about the wide variation and extensive parallel history of architecture in Russia,  China, Japan, Vietnam, Burma, Cambodia, Indonesia, the Indian sub-Continent, the Muslim World, Sub-Saharan Africa, and Latin America.  For these topics, see the later sections of the Website listed above.

The Buildings Database and Architects' Works Database does also  include information on these other non-Western Architectural Zones.

This present History shown below is a view from the Western World of architecture. For additional information on Russian, Japanese, Chinese,  Indian, South-East Asian, Early & Late Latin American, Sub-Saharan & Islamic Islamic Architecture see the Sub-Sections Above.

Architecture is an art, and Architectural styles overlap and do not start and stop at precise times, and the dates listed here are quite approximate and vary from region to region.

In the valley of the Tigris and Euphrates and Persia, successive Empires constructed monumental brick and stone fortified Cities, Temples, and Mortuaries. The Hanging Gardens of Babylon were one of the Wonders of the Ancient World. The glorious architecture of Persepolis was swept aside by Alexander the Great's invasion.

In ancient Egypt, powerful Pharaonic dynasties constructed monumental Pyramids, Temples, Mortuaries and Shrines. Much Pharaonic architecture was for the glorification of the Dead. The Great Pyramid remains the greatest building volume in the World.

Classical Greek Architecture 800 BC to 146 AD

From the rise of the ancient Greek City States, Greek Architects constructed finely conceived Classical stone Temples, Stadia, Necropoles, Theatres, and Palaces. The refinements of Greek architectural proportion and detail have never been surpassed. The influence of Greek architecture lasted 2,000 years in the West.

After the fall of ancient Greece to the Roman Empire, the Romans adopted and further developed the Classical Style. They built brick & stone Temples, Triumphal Arches, Aqueducts, Stadia, Amphitheatres, Basilicas, Theatres, Palaces and Bridges, in great Cities connected by road networks. The organisation of Roman Cities rivalled modern cities and their services in its complexity.

European architecture moved on from the Roman Era and developed the Roman basilica form and Classical circular temple form to create the early Christian Churches Roman mosaic work was continued to decorate the interiors of these churches. Byzantine Architecture 375 to 800 AD The Eastern Roman Empire developed into the Byzantine Empire which developed unique domed Churches utilizing the Late Roman pendentive support for the domes. These construction methods made possible very large unobstructed interior spaces. Mosaic decoration was highly developed in these buildings.

In post-Roman Western Europe a style based on the Roman arcaded structure developed into Romanesque architecture with Roman semi-circular rounded arches. This style was very prominent in Germany. In Italy, it lingered far into the Gothic era.

Innovative Medieval architects created the pointed arch under Islamic influence to free up the vaulting methods used in the great cathedrals of Europe. In the Gothic cathedral, large stained-glass panels filled huge windows, which lit and coloured the interior Gothic architecture was only grudgingly used in Italy. In France, daringly sparse construction was pushed to the point of structural collapse in the pursuit of impressive lightness.

The fall of Byzantium and the diaspora of knowledge and scholars led to a return to classical ideals. The Renaissance architects studied the Roman and Greek World of architecture. This style spread from Portugal to Poland and was exported to the New World and Asia by Colonists. Mannerist Architecture 1550 to 1650 AD Mannerist Architecture was a rebellion against the strict replication of Classical Architecture. A chief proponent was Michelangelo and his work led on to the Baroque Era. It was found in Palaces, Academic Buildings and Churches where it gave new freedom of expression to space.

The Baroque style was characterised by flowing lines and spaces, lightness, opulence, and dramatic churches and palaces with dynamic plans and extravagant ornamentation and colours. The movement began in Italy and Spain and spread over all of Europe. In Austria and South Germany, it achieved singular success. Again this style was exported to the New World and Asia by Colonists and the Jesuits.

The Rococo style was a further development of the Baroque Style and was greatly utilised in Germany, Austria, and Eastern Europe as far as Russia. Much elaborate decoration and extravagant sweeping curves were added to buildings distinguished by effects of lightness and joy.

European Colonists settled in the New World, in both North and South America. The architects borrowed ideas from their homelands to create their own local styles of architecture influenced by climate and locally available materials.

Georgian was an English variant of Renaissance architecture. It was exported to English Colonies including Australia, India, and the American Colonies. The style created distinguished and orderly Houses, Churches, and Public Buildings of all sorts. It facilitated large scale town-planning.

In England and Germany particularly there was a renewed interest in the ideas of the Renaissance architect Andrea Palladio. It inspired a return to the Classical forms in Europe, Russia, and the United States.

Greek Revival architecture was an extension of Neoclassical architecture which was sparked by archaeological discoveries in the field of Earlier Classical Greek architecture. The style was used in Antebellum homes in the American South. It was very popular also in Scotland.

The Arts and Crafts was a late 19th-century philosophical development against the forces of industrialisation. The Arts and Crafts movement wanted to return to earlier simpler times. It revived interest in handicrafts and wanted a connection with the environment. It brought a new integration with painting and mosaic decoration. The Craftsman Bungalow style was an American development of this movement.

Art Nouveau was first expressed in France by fabrics and graphic design. The style spread to architecture and furniture in the 1890s and was disseminated from France across Europe. Art Nouveau buildings often have flowing ornamentation and free asymmetrical plans. In Spain, architect Antonio Gaudi was inspired by plant-like forms.

Beaux-Arts Classicism was an Academically inspired development in architecture. Beaux-Arts architecture is characterised by order, symmetry, and staid design. It was used for institutions seeking grandiosity and impressive ornamentation.

Art Deco Architecture was a graphics-inspired style developing out of the Bauhaus style. Bold patterns and soaring lines created dramatic effects in the Jazz Age. Distinctive examples are seen in Miami Beach.

The Twenty-First Century saw the crisis-inspired styles of Deconstructionism, Formalism, Structuralism, and Postmodernism continue to develop. The Century introduced to architecture an increased emphasis on energy-sustainable design concepts. There was an increase in cutting-edge architectural thought in Japan, South Korea, and China.

For a fuller and more detailed treatment of the History of Architecture in the Western Hemisphere, go to the "WESTERN HEMISPHERE 1-4" Sections. 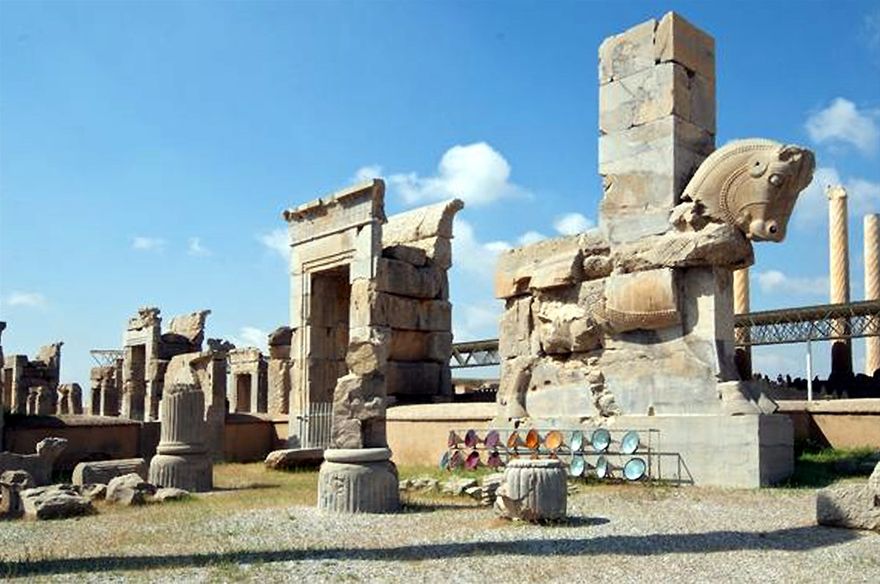 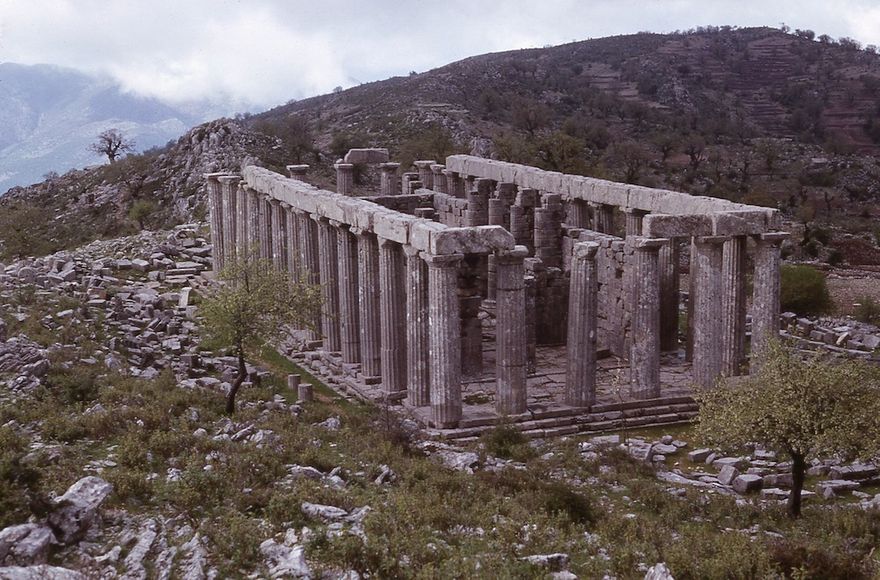 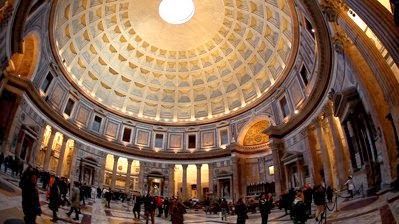 Interior of the Pantheon at Rome, by Architect Apollodorus of Damascus

The history of Western architecture is marked by a series of new solutions to structural problems and answers to new social requirements of function. During the period from the beginning of civilization through ancient Greek culture, construction methods progressed from the most primitive shed roof and simple truss to the vertical posts, or columns, supporting horizontal beams, or lintels (see post-and-lintel system). Greek architecture also formalized many structural and decorative elements into three Classical orders — Ionic, Doric, and Corinthian — which, to a greater or lesser extent, have influenced architecture since that time up to the Nineteenth Century.

The Romans exploited the arch, vault, and dome and made broader use of the load-bearing masonry wall. In the late medieval period, the pointed arch, ribbing, and pier systems gradually emerged. The engineers of the Gothic Period refined the use of stone to produce fine windows and gravity-defying vaults.  At this point all the problems of brick and stone masonry construction had been solved, and, beyond decorative advances, little innovation was achieved until the Industrial Revolution.

Not until the 19th century, with the advent of cast-iron and steel construction, did new architectural age dawn and higher, broader, and lighter buildings become possible.  The invention of the lift enabled the construction and use of tall multi-storey buildings.

One of the main reasons for development and expansion of tall buildings around the world through the past decades was the financial efficiency  of this type of building, particularly in dense cities. This  growth of the type is due to the availability of more rental areas with less and more efficient use of land and service costs. In architectural and structural terms, the expansion of tall buildings began with the appearance of this type of building in 19th Century and accelerated to the present. Architecturally, structurally and historically the tall building is the most significant form development of the 20-21st. Centuries. The future trend will show increasing use of the form in all areas. The dominance of tall buildings will continue in urban areas.

With the advances of 20th-century technology, new structural methods such as cantilevering, pneumatic and geodesic construction received more extensive use. By the turn of the 21st century, computers and computer aided construction had further enhanced architects’ ability to conceptualize and create new forms. 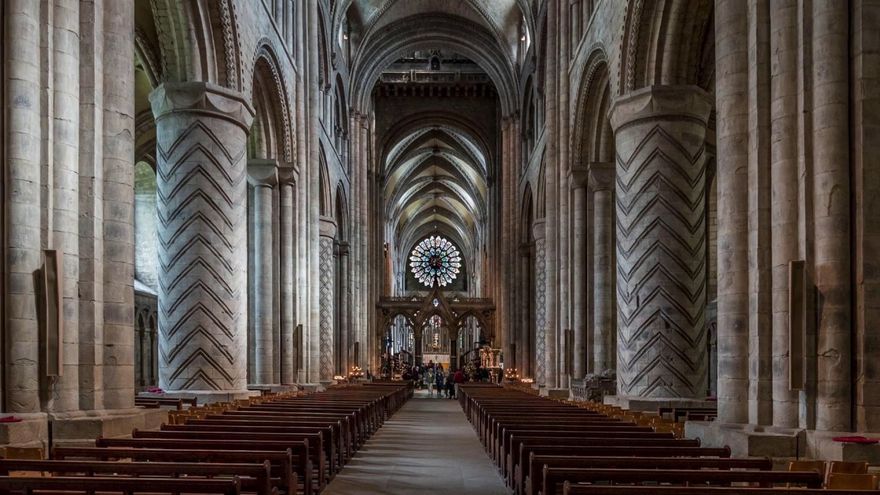 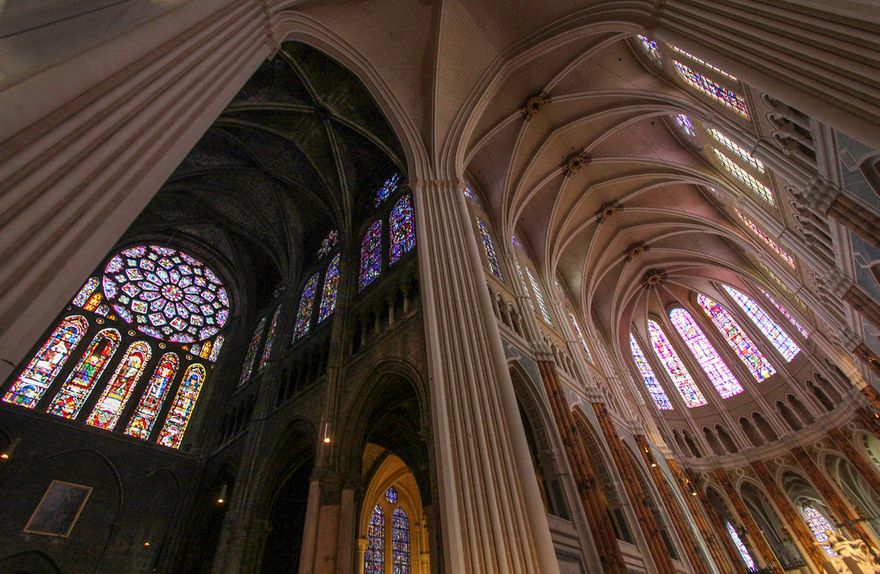 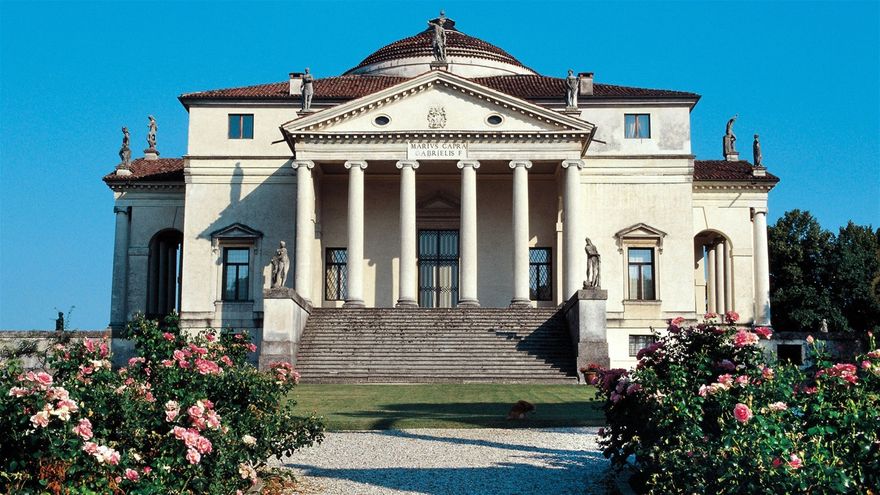 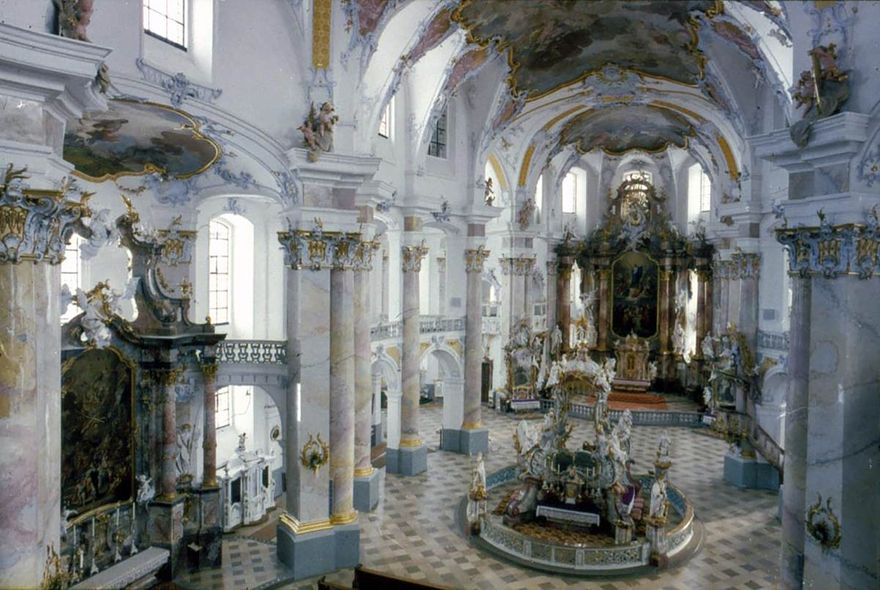 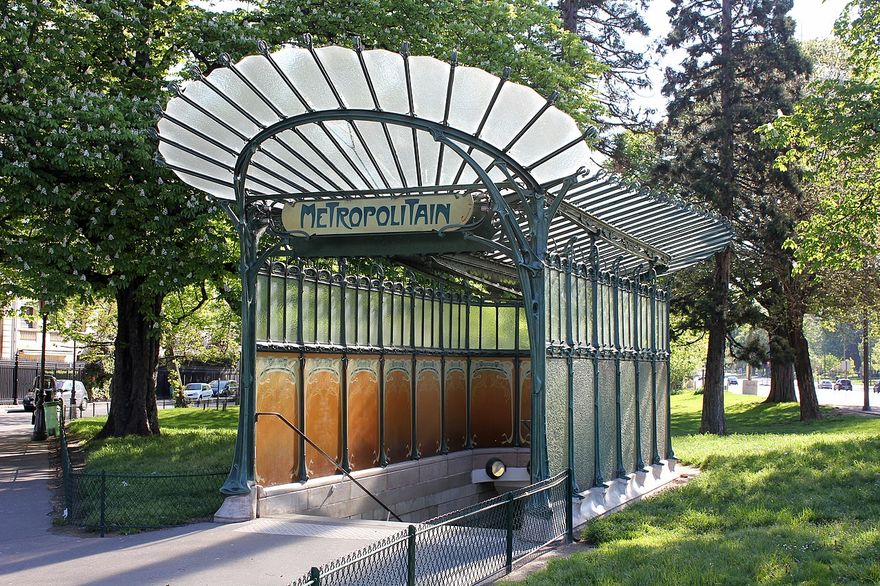 Paris Metropolitain Station Entry at Paris, by Hector Guimard, built from 1896 to 1904 A.D. 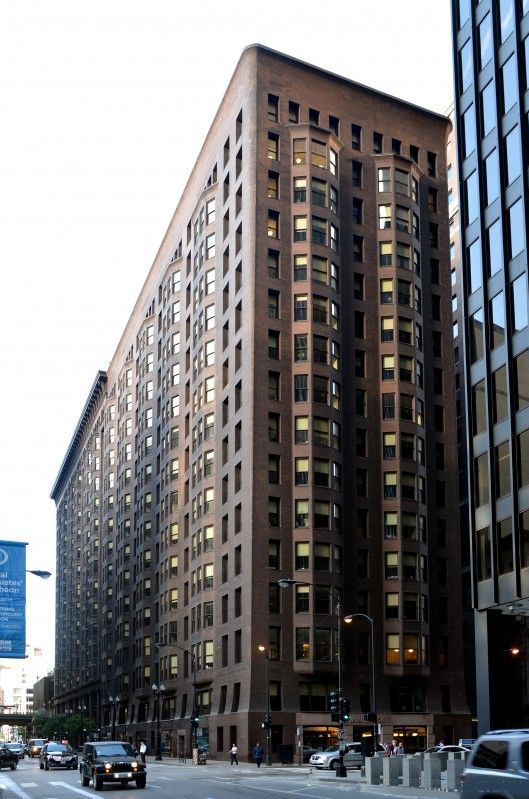 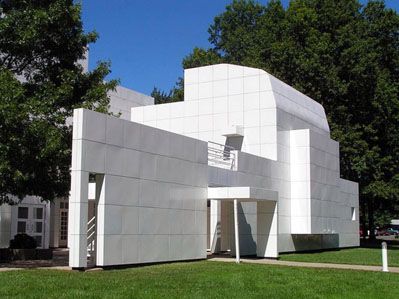 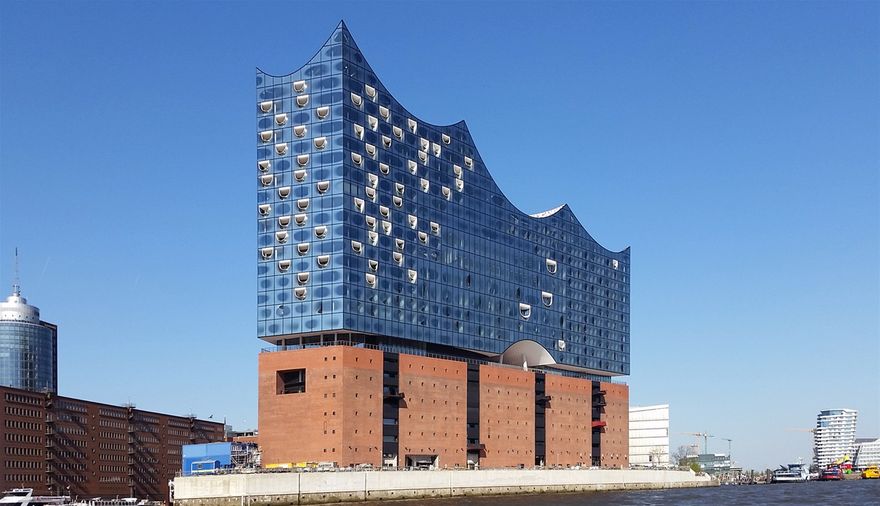